By CydneySeptember 15, 2018The Rax Files 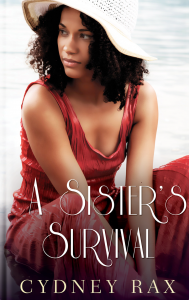 Coco thinks her useless baby daddy is finally about to commit—until she catches him with a woman who’s everything she’s not. As she tries to move on with her life, she can’t resist carrying out the ultimate revenge. But when she inadvertently gets caught up in Elyse’s plan, she must confront an unforgivable truth that could crush any chance these sisters have to make things right.

Popular author is Cydney Rax is back with a second installment of the Reeves Sisters Series. Book 1 is A SISTER’S SECRET (now on sale for $4.99).