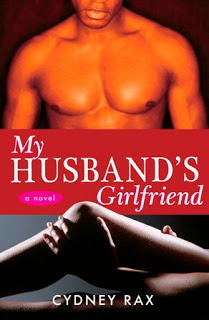 A celibate husband and wife are the two most dangerous people on earth . . .Neil and Anya Meadows are stuck in a sexless marriage. Anya suffers from a hormonal disorder that leaves her with no sex drive at all, while Neil has a voracious sexual appetite. After one unfulfilling encounter too many, they make a deal: Neil will be allowed to have a mistress, but only for oral sex and only twice a month. And he’s forbidden to fall in love with her.Things don’t exactly work out as planned. Neil and his mistress Danielle have a child together, and all of them—Anya, Neil, Danielle, the new baby, and Neil and Anya’s daughter—decide to live together as Houston’s most complicated blended family. The tension builds as each is forced to make difficult choices, as well as to come to terms with the past—and the future.Fast-paced, provocative, and sexy, My Husband’s Girlfriend explores issues of morality, emotional ties, family, love, and monogamy, and is an eye-opening novel about the complexity of modern love.

Read an excerptBuy the book

DisilgoldSoul Magazine
One of the most provocative, entrancing and insatiable naughty novels of the year has arrived. Cydney Rax is on her way to being a serial bestseller as the author of the reigning book, “My Daughter’s Boyfriend.”

Ann Brown of RAWSISTAZ.com
Cydney Rax has opened Pandora’s box…My Husband’s Girlfriend is an explosive story about the sanctity of marriage, infidelity and the other woman; it will evoke lively discussions.

“My Husband’s Girlfriend is a heartfelt special delivery of faith and doing the right thing. Rax has penned a moving, poignant example of the true measure of a woman.”

MY THOUGHTS ABOUT MY HUSBAND’S GIRLFRIEND